The Department of Humanities and Social Sciences covers many topics, such as literature, communications, world history, philosophy, psychology, and more. In many cases, courses are deliberately geared to the interests and pursuits of DigiPen students and often serve as a source of inspiration for student game projects. The department’s faculty bring an extensive humanities background in English, literature, the law, and an appetite for and thorough understanding of today’s rich media landscape.

Shanthina received her Bachelor of Laws at the University of London followed by a Master of Education-English Language degree at the Nanyang Technological University, Singapore.

Before joining DigiPen (Singapore) as a full-time lecturer, Shanthina taught part-time at the Institute as well as at other educational institutions, including the National University of Singapore and National Institute of Education. She currently teaches composition, graphic novels, research reasoning, argument, and intellectual property law.

Shanthina also lists reading and writing as her chief pleasures outside of the workplace. When it comes to her teaching philosophy, she tries to live by the following quote from William Arthur Ward:

Dr. Sim Jiaying received her BA and MA degrees in English literature from Nanyang Technological University, Singapore. She went on to earn her Ph.D. in film and television studies from the University of Glasgow, UK.

Her research interests include transnational Chinese cinemas, bodies on screens, and film philosophy. Focusing on different types of body assemblages that are produced with consideration to historicity, modernity, urban spaces, race, class, gender, and sexuality, she is interested in various circuits of transnational sensoria and affects that are deeply embedded within the dynamic movements and processes of capital, labour, socioeconomic markets, and political climates, which are unique to different cinematic industries. She has written on film festival circuits, transnational Chinese cinemas, American independent films, Asian cinemas, Scottish art, curation and exhibition, and Singapore films.

Jiaying has previously taught public writing and communications, Singapore cinema and literature, film and literary theory, and science fiction dystopian and utopian films at other tertiary institutions, including Nanyang Technological University, National University of Singapore, and the University of Glasgow, UK.

As an educator, her main teaching philosophy is to inspire students to think critically and independently and to articulate their own ideas effectively through the craft of writing. She understands that the journey of teaching, as with learning, is one that requires continuous reflection and growth.

Thanusha Raj received both her BA in Communication Studies and MA in Mass Communication from Nanyang Technological University, Singapore.

Before stepping into the realm of teaching, she explored a variety of roles that spanned the communications and media industries. Her freelance experience includes many years spent as an events manager, professional emcee, and voiceover artist. She has had forays into documentary production and radio production, as well as content creation and screenwriting. Thanusha was also a regional marketing lead for a travel technology company, followed by a stint in public communications with the civil service.

What Thanusha now enjoys the most is observing and analyzing how communications and the media continually influence and shape our society and vice versa. Teaching is a natural step in this direction, and she thoroughly enjoys the debates and discussions that so often take place in class with her students. At DigiPen (Singapore), Thanusha currently teaches Interpersonal and Work Communication, Media & Ethics, and Career Search Preparation.

Thanusha’s educational philosophy is centered on teaching her students how to think, instead of what to think and to believe in the power of their individual voices. Outside of class, she is fond of reading, movies, and nature hikes.

Kirby is the director of Grace Counselling Centre and has an interest in counseling and psychotherapy (clinical psychology) along with personality and abnormal psychology.

As an adjunct lecturer at DigiPen (Singapore), Kirby teaches topics related to psychology. He enjoys interacting with his students and learning from them.

Sufian Jumahri holds a Bachelor of Communication Studies from Nanyang Technological University and a Postgraduate Diploma in Education from the National Institute of Education.

Sufian brings over 20 years of professional experience to the classroom, including almost 10 years as an educator with the Ministry of Education (MOE). For his dedication and commitment to success, he won the Outstanding Contribution Award three times starting in 2013, then in 2015, and finally in 2018. Prior to teaching, Sufian started his career in the media industry which included a stint at CNN International.

Sufian currently has teaching appointments in Singapore Polytechnic, Ngee Ann Polytechnic, and DigiPen (Singapore) where he empowers his students with life skills in topics like effective communication and career preparation. His hopes to inspire people of all ages to become lifelong learners.

Francis currently teaches marketing, communication, and career development modules at Nanyang Business School, DigiPen (Singapore), and Management Development Institute of Singapore. Prior to teaching, Francis held various roles in marketing and business development at multinational companies such as Creative Technology and Alcatel-Lucent. He enjoys sharing his corporate experiences and bringing in practical examples to the lectures he conducts.

Francis is a strong practitioner of lifelong learning. He is a firm believer that knowledge can be acquired from all sources so that it can be passed on to other learners.

Bisharat Banu graduated with a Bachelor of Arts in English with Management from Singapore University of Social Sciences. She also holds a Master of Arts in Applied Linguistics from Nanyang Technological University (NTU).

With more than 20 years of experience in education, Banu has taught a variety of courses such as academic and technical writing, library research, critical thinking, and presentation and communication skills. Besides teaching at DigiPen (Singapore), Banu has been simultaneously teaching at the National University of Singapore and the polytechnics. She has also taught at NTU and Curtin University.

Banu also has experience teaching English as a Second Language (ESL), English for Specific Purposes (ESP), and English as a Foreign Language (EFL) to both international students and government officials from ASEAN countries.

As a passionate educator, Banu focuses on helping students develop the critical skills and interest needed to be lifelong learners. Her other interests include reading, painting, and craftworks. 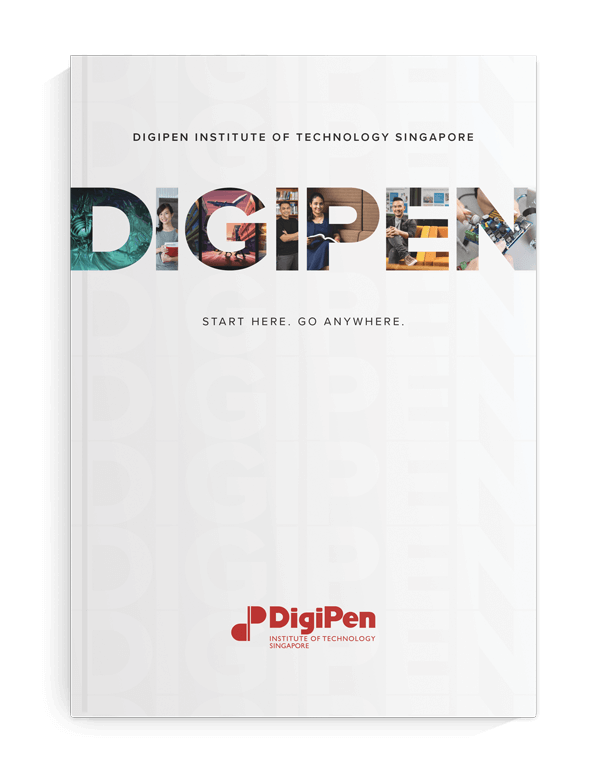