The BS in Computer Science in Real-Time Interactive Simulation (BSCS RTIS) is DigiPen (Singapore)’s flagship degree and one that’s known to be rigorous due to its heavy emphasis on math, physics, and computer science disciplines. Graduating from the program is no easy feat, and Chan Ka June is proud to have successfully completed it — especially since he took a slightly longer route than most.

Reminiscing about the past, Ka June wistfully admits that his ‘O’ level results were below his expectations, and he did not have many options to choose from when it came to furthering his education. He could only apply for courses from the Institute of Technical Education (ITE), and he almost could not get into his first choice of studying game design and development. Thankfully, he managed to appeal for the course and was accepted. “This whole experience really made me cherish my education and served as a wakeup call for me to start working hard for my future,” Ka June says. He eventually graduated as part of the first batch of game design students from ITE and is grateful to the dedicated lecturers there for seeing him through. 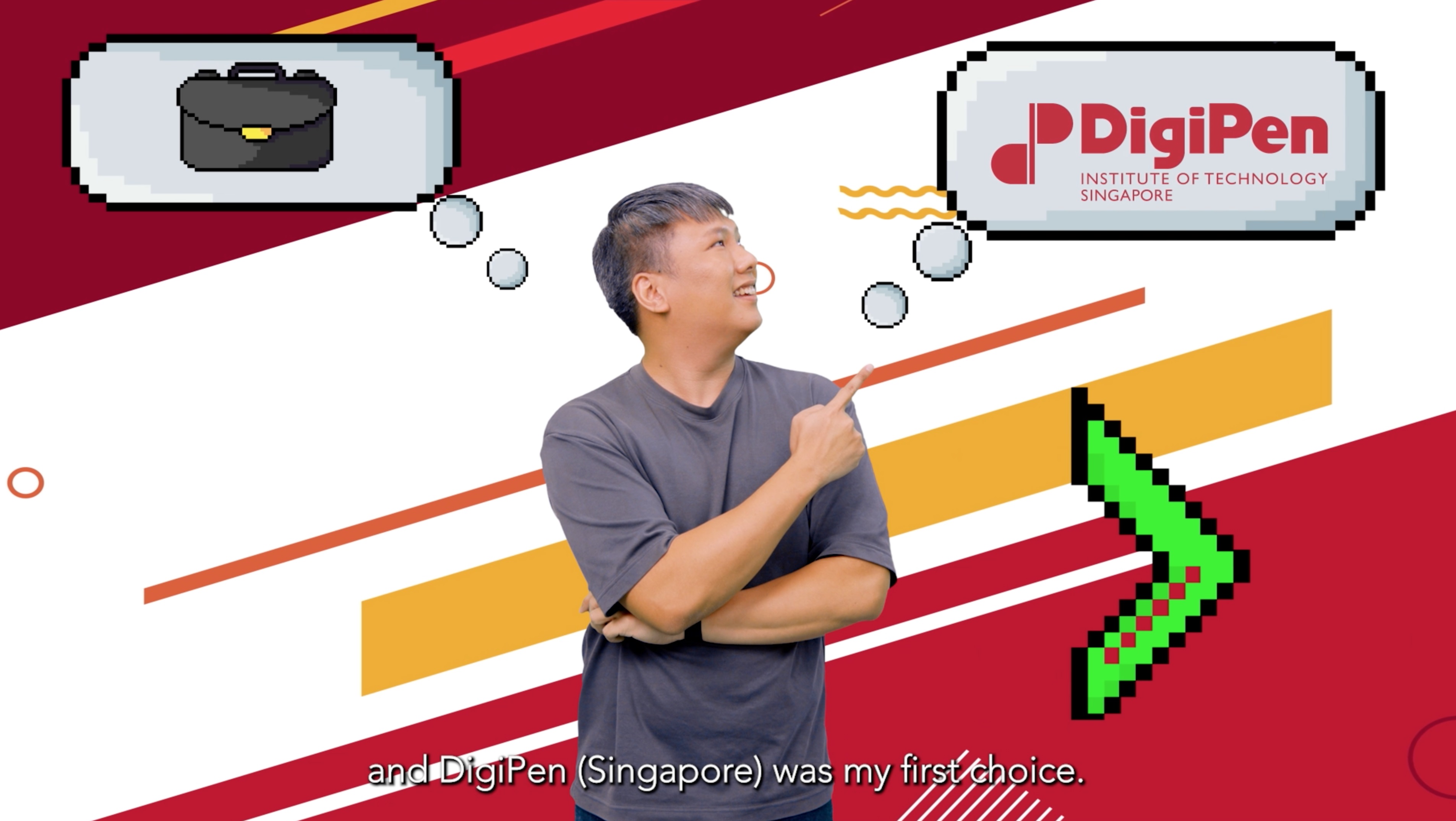 After completing ITE, Ka June went to Nanyang Polytechnic, where he obtained a Diploma in Digital Entertainment Technology (Games) before enlisting for National Service (NS). During NS, he had some time to think about his future. “I was torn between going to work and university after NS,” Ka June says. “On one hand, I would be happy working in an indie company and having more freedom and leadership. But on the other, furthering my studies would open up more opportunities in the future.” In the end, Ka June decided to pursue a degree and applied to DigiPen (Singapore) as his first choice.

Ka June enjoyed his time at DigiPen (Singapore) and found it refreshing that his academic background did not matter here. “Everyone starts at the same level since the curriculum is taught from scratch,” he says. “I didn’t have to prove myself to anyone.” That said, the BSCS RTIS course was demanding, and Ka June struggled with the math modules. He coped by surrounding himself with friends who pushed him to do better and formed study groups with them. Ka June also says it was important to stay mentally strong as the journey was tough at times, but ultimately one that was so very worth it. Though he did not have the strongest start academically, Ka June eventually did well in university and graduated among the top scorers in his class. 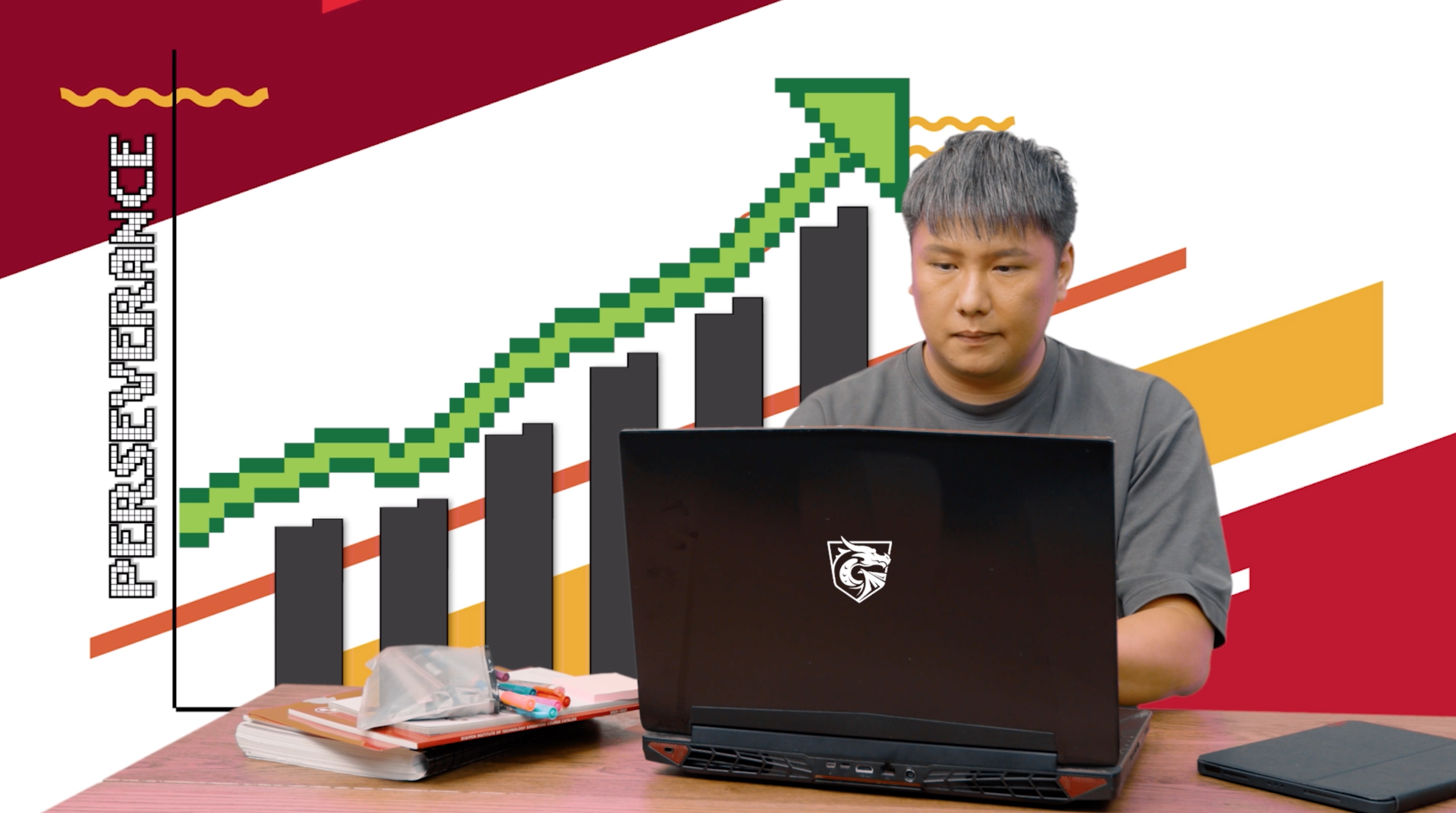 Today, Ka June is a senior IT manager at Procter & Gamble Singapore where he does research and development. He has been with the company for over four years, having first started interning there in September 2018. Ka June currently works with his team to program new and innovative solutions for different business units, utilizing a wide variety of skills he picked up during his time in school on a day-to-day basis — project management, programming concepts, math, and computer graphics. He is proud to have graduated as a DigiPen Dragon and hopes to inspire others like him. “No matter your start in life, don’t give up. Just go for it and take the opportunity to give yourself a chance to do better in the future,” he says.