For a small island nation, Singapore boasts a robust tech industry that attracts talent from all around the world. For the Singaporean co-founder of NetVirta, Andy Eow, the decision to return to his home country was deliberate. This is especially so after seeing a number of his MIT classmates return or migrate to Singapore to work in the booming local tech industry.

The idea of creating 3D medical solutions stemmed from a serendipitous combination of the founders’ interests. Jeff Chen, Andy’s fellow MIT classmate and co-founder, had been working on optical physics while Andy had an interest in computer vision for surgical planning. Computer vision is a field that seeks to mimic the human visual system within computers and machines. This gives them new ways to see and process information obtained from digital video and imagery. Andy and Jeff toyed with the idea of combining their technical knowledge to develop a comprehensive 3D scanning & analytics platform.

The graduates leave DigiPen with a good in-depth understanding of creating scalable software architectures and are able to hit the ground running. This is the strongest testament that DigiPen graduates are a cut above the rest!”

With this innovative 3D platform, Andy and Jeff entered a startup competition in MIT with the shared vision that 3D technology will revolutionize a lot of e-Commerce services. “That’s why NetVirta is here to address the increasing demand for accurate and precise 3D data acquisition and analytics,” said Andy.

Once their idea gained traction in 2015, Andy and Jeff left their full-time jobs and founded NetVirta. Jeff currently heads the main sales office in Boston while Andy takes charge of the R&D lab in Singapore.

NetVirta’s first DigiPen (Singapore) hire was Ryan Lim, a 2013 Bachelor of Science in Computer Science in Real-Time Interactive Simulation (BSCS RTIS) graduate and the creator of the student game Pixi, winner of the Excellent Student Winner award at the 2011 Independent Games Festival (IGF) China. Prior to working at NetVirta, Ryan was a software engineer at Autodesk.

“The thing which makes me hesitant about startups is that they are often unpredictable,” Ryan explained. “However, NetVirta already had customers to ensure a steady stream of revenue at an early stage. Knowing this, I decided to take the plunge.”

Ryan is now the lead software developer in computer vision at NetVirta.

Kevin Tan, a 2016 BSCS RTIS graduate, joined the company in early 2017 to work in the computer graphics department. Through hard work and determination, Kevin rose to the position of lead software developer in computer graphics at NetVirta. Seeing tremendous potential in the company, Kevin introduced his fellow 2017 BSCS RTIS graduates Tan Yao Wei and Edwin Poon to NetVirta. Having worked together while they were in DigiPen (Singapore), Kevin felt confident they would excel in the company as well.

“I was attracted to both the startup ecosystem as well as the entertainment industry,” Yao Wei said. “Part of what drew me to NetVirta was the opportunity to learn a lot of new and different skills outside of my major. And I knew that my foundation at DigiPen (Singapore) would be very useful for the company too.”

Besides optimizing software performance, the graduates also experienced interesting challenges in writing professional software. In addition to speed and efficiency, they also have to think about the reliability of the software. “Thankfully, we are given ample time to focus on optimizing the products’ reliability,” said Edwin Poon, a 2017 BSCS RTIS graduate who joined NetVirta around the same time as Yao Wei. “Changing a few lines of code may seem trivial, but it may cause related systems to break in other scenarios. We have to log these changes and perform testing systematically so that we can constantly improve software robustness while adding new features.” 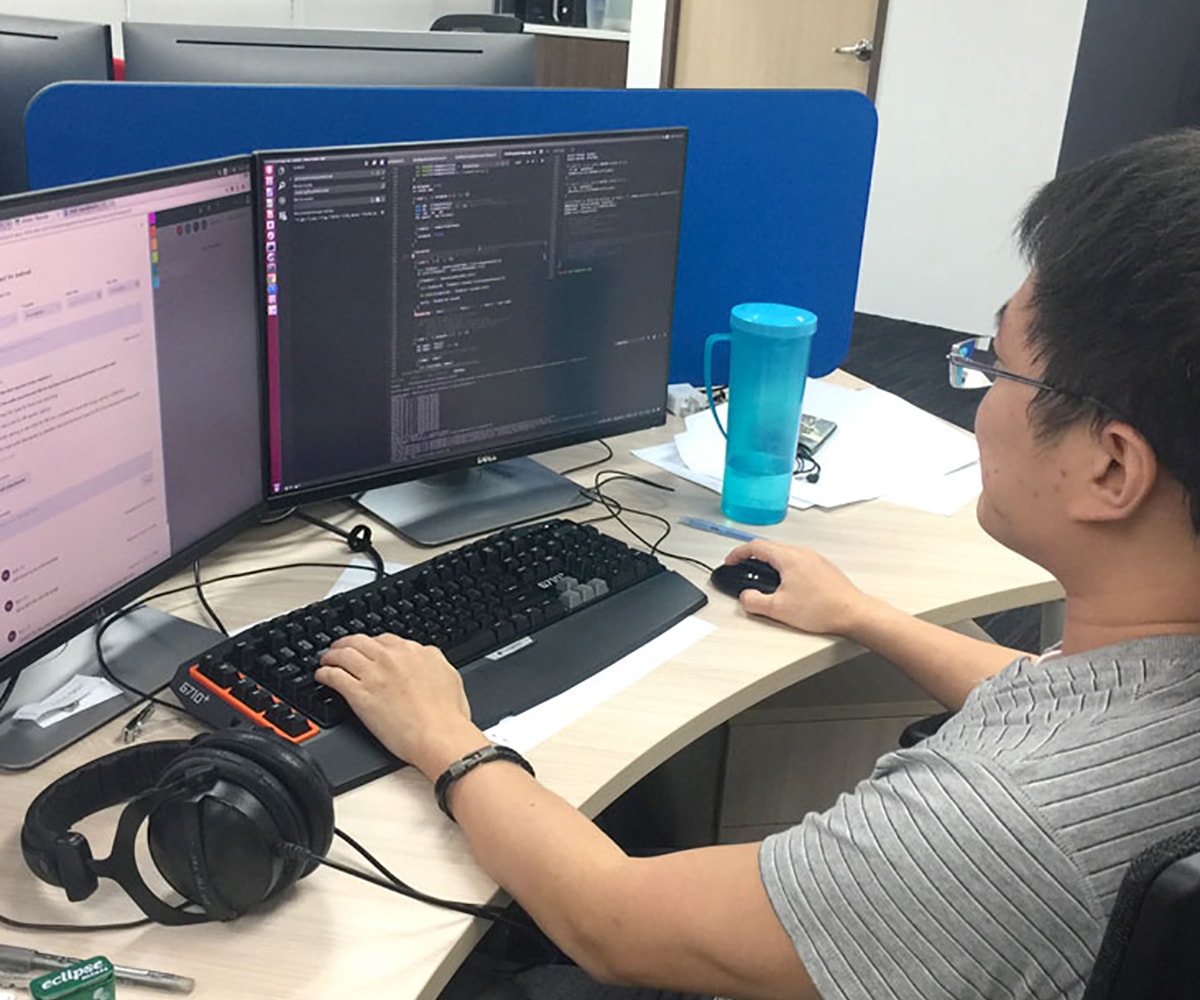 Nevertheless, they still found similarities to one part of the game design process – testing. Ryan and the graduates did various field tests that reminded them of the systematic approach in game design tests. “All of NetVirta’s products go through a playtesting-like phase where feedback is sought via user surveys. We then incorporate that feedback into the product development cycle to ensure only the highest quality products are released to our customers,” attested Ryan. Overall, Andy has been very pleased with his DigiPen (Singapore) hires. “DigiPen’s education is very relevant for the work we do,” he praised. “The graduates leave DigiPen with a good in-depth understanding of creating scalable software architectures and are able to hit the ground running. This is the strongest testament that DigiPen graduates are a cut above the rest!”