Slawomir “Swavek” Wlodkowski joined the DigiPen (Singapore) faculty in late 2017 and became chair of the Department of Computer Science in 2019. As with many of his students today, the Polish native says his interest in the field can be traced back to an early fascination with video games. While other youths his age enjoyed simply playing video games, Swavek was deeply curious about how the games were made and what went on behind the screen. This thirst for knowledge eventually drove him to learn programming as a teenager through a mix of self-teaching, experimentation, and hours of tediously studying whatever documentation he could find.

“Internet was not easily accessible back then,” he quips.

By the time Swavek completed his Diploma in Electronic Engineering (Computer Systems), he had won multiple local awards in programming and was able to write his own games with 3D graphics, sound, streamed music, and basic physics implemented from scratch. Swavek went on to further his education at Opole University of Technology in Poland. While pursuing his Master’s Degree in Computer Engineering: Database Systems and Computer Networks, Swavek juggled schoolwork and various IT-related jobs. He attended classes by day and worked on freelance projects by night, gaining experience as a server administrator, network engineer, software developer, and analyst. Swavek also frequented Polish-language online forums and communities as he greatly enjoyed the knowledge exchange on such platforms.

Upon graduation, Swavek kick-started his career at Kamsoft Computer Enterprise, where he developed software for medical databases and healthcare systems. Swavek was only there for a few months before a new opportunity arose, and he relocated to Singapore with his wife in 2008. Over the next decade, Swavek worked at ISS Group (Asia) Pte. Ltd. and P2 Energy Solutions, developing distributed software solutions for customers in the oil, gas, and mining industries. “It was interesting as I had the chance to work with a lot of new and legacy technologies, tools, and languages,” Swavek says. The nature of his work meant that he singlehandedly led and oversaw the entire software release cycle, which included the design and scoping of new features, implementation, testing, documentation, deployment, maintenance, and debugging. Swavek became what the industry refers to as a full-stack software developer and a polyglot programmer, someone adept at writing code in multiple languages.

While Swavek’s job provided him with many growth opportunities, he missed working with people, sharing ideas, and being inspired. Human interaction, Swavek says, is as important to him as programming, and he yearned for an environment that would facilitate more collaboration with others. At the same time, he started to feel burdened by the ethical aspects of working in an industry with such a large ecological footprint. Swavek decided it was time for a change.

In order to develop himself further, he began pursuing a Postgraduate Diploma in Human Capital Management from the Singapore Human Resource Institute, as well as a Singapore Workforce Skills Qualifications (WSQ) Advanced Certificate in Assessment and Training. These courses rekindled Swavek’s interest in sharing knowledge with others and provided him with the necessary qualifications to make the switch from industry to academia. 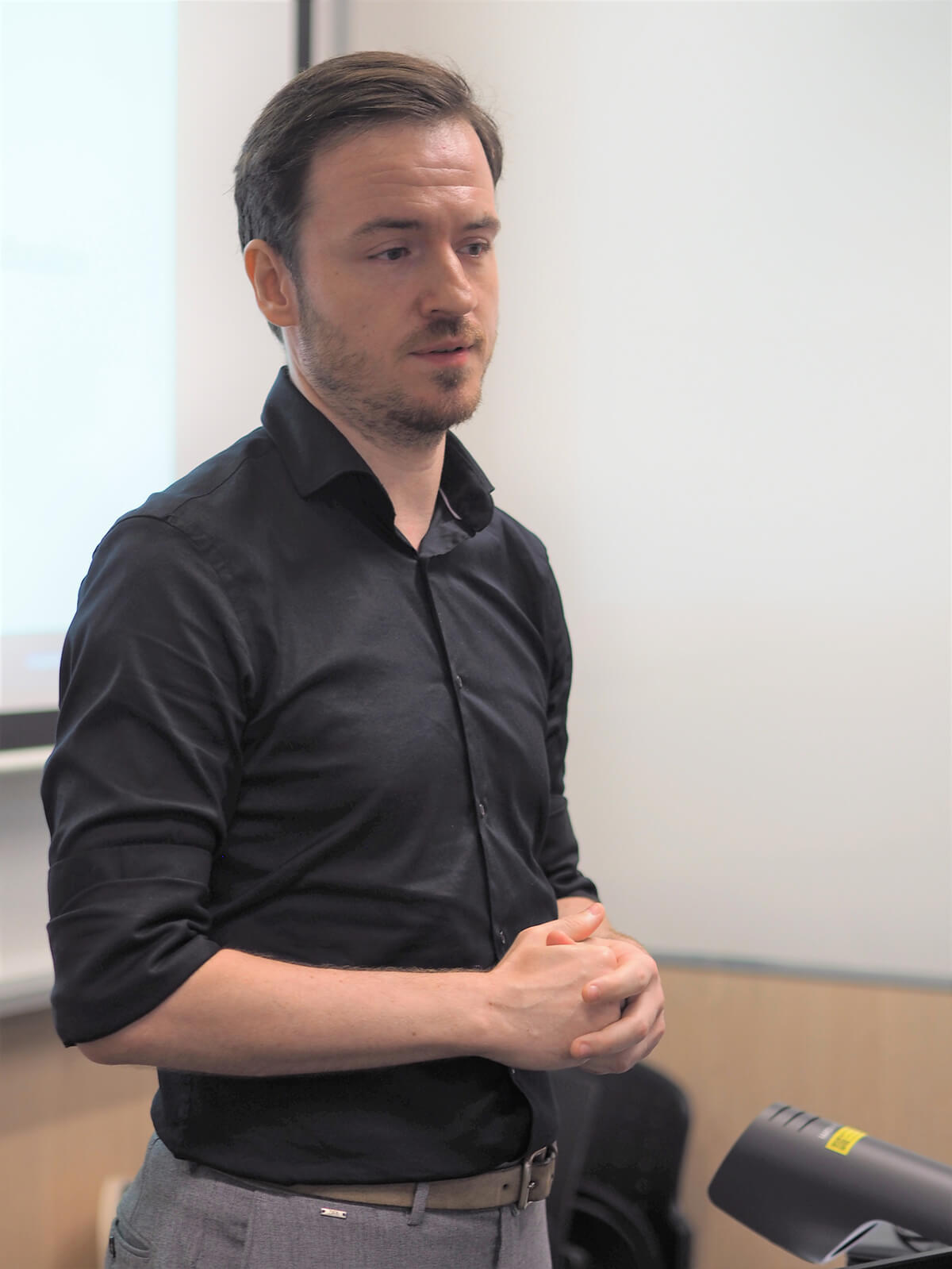 Swavek was drawn to DigiPen (Singapore) for its balance between practice and theory. “Students here are encouraged to not only use technology but also understand its under-the-hood mechanisms. With this awareness, they can better understand the constraints and applications of technology, making their knowledge more transferrable to other programming languages, tools, use cases, and industries,” he says. He adds that being equipped with deep knowledge of their disciplines also helps students become highly adaptable, which is important given how quickly technology evolves.

Currently, Swavek teaches modules in introductory C programming, intermediate and advanced C++ programming, as well as computer networks. Outside the classroom, most of Swavek’s time is spent coordinating departmental activities and developing Continuing Education programs. He also keeps updated with what’s happening in the world of computer science by reading documentation, watching online lectures and tutorials, and programming. “I still write a lot of programs in my own time, even if these days it is mostly throwaway code to test a new technology, language, or library,” he says. But even when staying updated with cutting-edge innovations, Swavek is quick to point out that the “classics” of computer science — from algorithms that have been known for decades to widely-used protocols and tools — are still taught on campus. “We train our students to be professionals in the field, and it is important for them to efficiently use and understand both, not just the new and the trendy,” Swavek says.

Reflecting on the time he’s spent in the industry and his varied experiences so far, Swavek says the most important lesson he has learned — and one he hopes to pass on to his students — is this: “Never let anyone confine you to their definition of who a computer science person is. You can be a great computer scientist while also being an excellent communicator, manager, speaker, instructor, programmer, engineer, negotiator, or all of the above. Getting stuck in a stereotype may be the only thing that stops you from spreading your wings.”

Senior Lecturer Michael Thompson: Why UX Design is Important and How to Succeed

What Makes a Computer Science Education at DigiPen (Singapore) Unique?