Michael Tay graduated from DigiPen (Singapore) in 2015 with a BS in Computer Science in Real-Time Interactive Simulation (minor in mathematics). A few months before his graduation, he chanced upon internship openings from Ubisoft Singapore and Autodesk Asia. Both roles required someone who possessed deep knowledge of graphical programming, a topic Michael had studied extensively as a part of his degree program. Since he was already deciding between pursuing a career in gaming technology or going down the traditional software route, he decided to apply for both internships. When Autodesk responded first with a good offer, Michael gratefully accepted it.

That internship kick-started Michael’s three-year career at Autodesk, where he climbed the ranks and eventually became a senior software engineer in the company. Autodesk is a U.S. multinational corporation that makes powerful software for 3D design, architecture, engineering, construction, manufacturing, media, and the entertainment industries. In his early years at Autodesk, Michael helped to develop a high-performance 3D application named Autodesk Memento. After that, he worked on Autodesk ReCap Photo, a software tool that helps to convert digital photos into 3D models or 2D drawings.

While Michael enjoyed his work at Autodesk, he soon yearned for a chance to expand his horizons. He wanted a change in pace and had his eye set on Silicon Valley, where many of the brightest in the fields of technology and innovation reside. In early 2018, Michael got the opportunity he had been hoping for when an Apple recruiter from the U.S. reached out to him after reviewing his past work experience on LinkedIn.

Michael went through multiple rounds of interviews, which culminated in an on-site interview at Apple Park. When he got the job offer, he was ecstatic, and in April 2018, Michael relocated to the U.S. to start a new chapter of his life. Moving abroad proved to be a smooth transition for Michael, since he had already experienced a taste of what living in the U.S. was like from his Overseas Immersion Programme (OIP) at the DigiPen Redmond campus.

Michael is now a GPU driver engineer at Apple’s headquarters in Cupertino, California. He currently works on Metal driver support for different operating systems among various Apple devices like macOS, iOS, and tvOS, writing code for Apple software and hardware to communicate with one another. Metal is an Apple-developed programming language that communicates directly with a device’s GPU and allows apps to render sophisticated 3D graphics more efficiently.

The learning curve initially was steep, as Michael had not done anything similar in his previous roles. But by taking the initiative to find out and learn what he didn’t know, he quickly brought himself up to speed. “The work culture at Apple is very collaborative, which makes it easy for me to ask questions or discuss any ideas I may have,” Michael says.

As someone with an innate curiosity and adventurous spirit, Michael is incredibly excited to be working at Apple. The environment, he says, is invigorating and dynamic, and it’s no surprise that Apple attracts top talent from the Ivy League schools and other top-tier universities. He also loves the independent work culture where people respect each other and everyone is seen as an expert in their fields. Employees take ownership of their work and are given the freedom to manage their own schedules and deadlines, he says. Other perks of the job include a gorgeous campus, amazing office parties where celebrities are invited to perform, and a chance to attend the annual Apple Worldwide Developers Conference (WWDC). 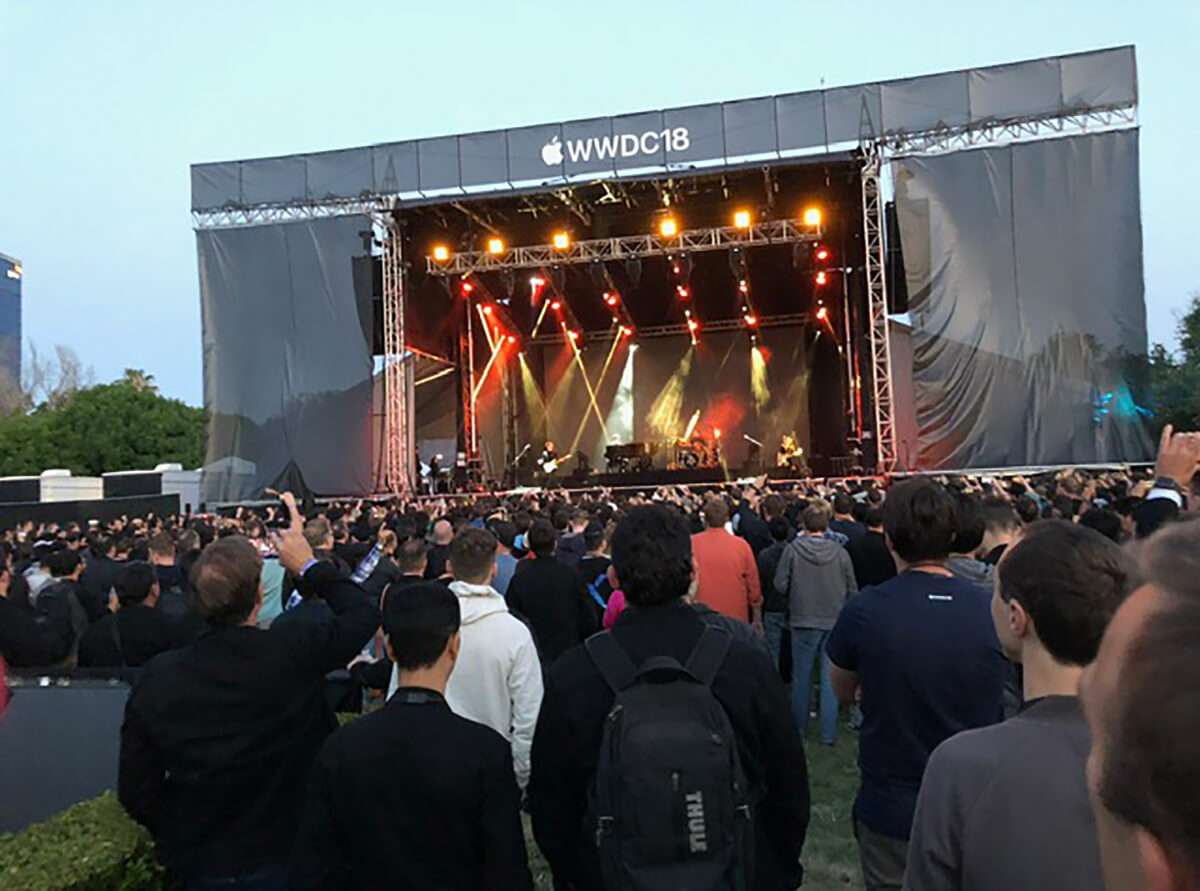 Being at the heart of Silicon Valley also puts Michael in close proximity to the many ‘unicorns’ — private companies that are well-funded by investors — that are based there. Michael finds the startup culture exciting, and he hopes to be a part of that movement eventually. He is also inspired by people like Elon Musk and is keen to forge his own path after gaining a few more years of work experience and learning from other entrepreneurs.

“In Singapore, we’re often encouraged to look for security and stability,” says Michael. “But I prefer seeing things from a bigger picture — if there are no risks, there are also no rewards. The perceived future may be upended by uncertainty. Nothing is always guaranteed. What is certain, however, are your decisions and what you make of them.”

As someone who hopes to make a lasting mark in the technology sector one day, Michael encourages other DigiPen (Singapore) graduates to think outside the box as well: “Don’t be content to stay in a bubble. Dream big, be great at what you do, and let passion inspire you.”