Back for the fifth round, this year’s DigiPen (Singapore) Game and Animation Awards marked the first time that the awards ceremony for both the art and game design departments was combined. It was the biggest edition yet as students, faculty, and industry guests gathered to recognize a large selection of student artwork, films, and games. 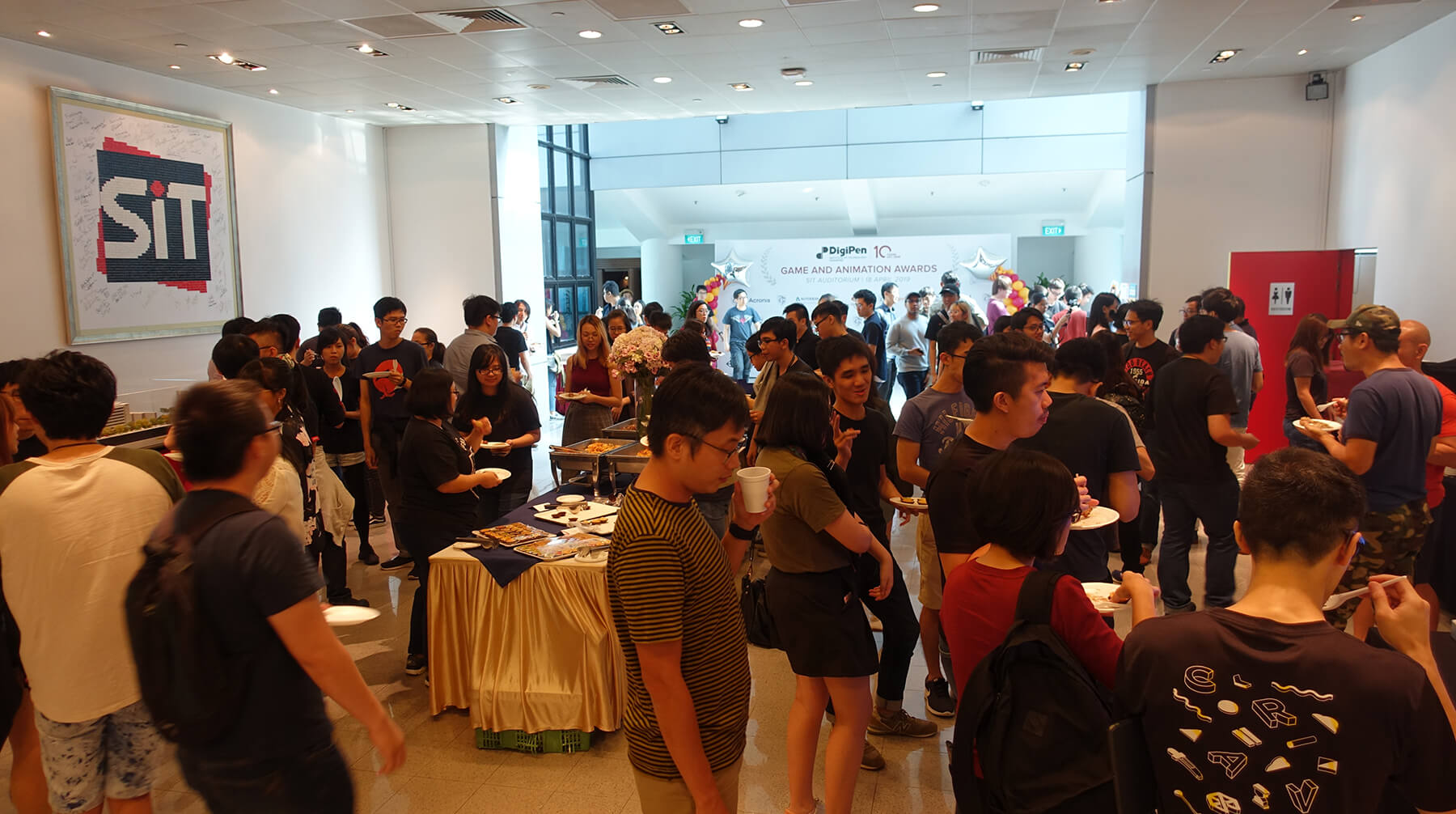 More than 20 awards were given out, 16 of which were sponsored by industry partners from Acronis Asia, Autodesk Asia, Bandai Namco Studios Singapore, Continental Automotive Singapore, gumi Asia, Koei Tecmo Singapore, NetVirta, Shopee Singapore, ST Engineering, Ubisoft Singapore, and Unity Technologies Singapore. These awards were given to teams that displayed exceptional technical and artistic skills in executing their projects. In addition to cash prizes, all award winners also walked away with a trophy and certificate.

This year’s Claude Comair Grand Prize for Game of the Year award went to Kubrix for its polish, innovative concept, and creative and technical execution. Kubrix is a puzzle-based role-playing game where players control the “Witch of the Forest” who tries to restore the shattered game world known as the “Kubrix.” 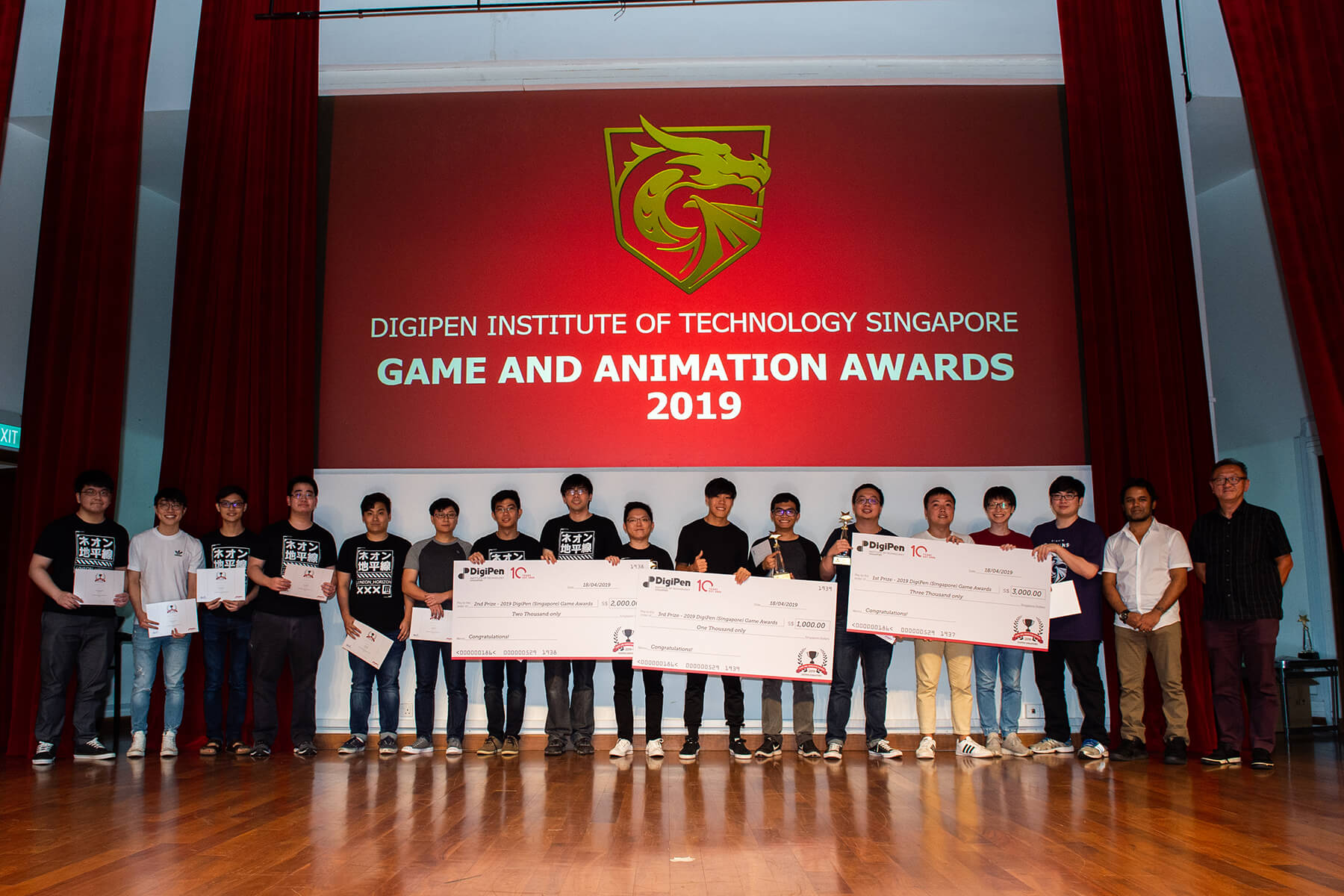 The second- and third-place grand prizes went to Scrap Mettle and Novo, respectively. Scrap Mettle is a fast-paced action brawler set in a cyberpunk world. Players take on the role of a space mercenary who lost his fist to a juggernaut and is seeking revenge. Novo is a stealth-oriented puzzle platformer that lets players control an intergalactic creature with the ability to possess others and use their powers.

Student films and art projects were also honored. In particular, the animated film The Way Home swept both the Autodesk Best 3D Group Project and Bandai Namco Studios Singapore Best Visual Development prizes. The Way Home is the first DigiPen (Singapore) student film to be created entirely using Unreal Engine 4. It tells the story of a feisty astronaut who gets stranded on an unknown planet and meets a friendly, curious creature that ends up being her guide.

“Every year, the quality of student work gets better and better. The amount of polish, creativity, and technical expertise that’s poured into every project can rival industry standards, and I’m very proud of all the students for their display of grit and professionalism,” Rahul Nath, faculty chair of the Department of Game Software Design and Production, says. “The variety of projects this year was also among the best and ranged from localized themes to poetic experiences, and each delivered an in-depth intended user experience.” 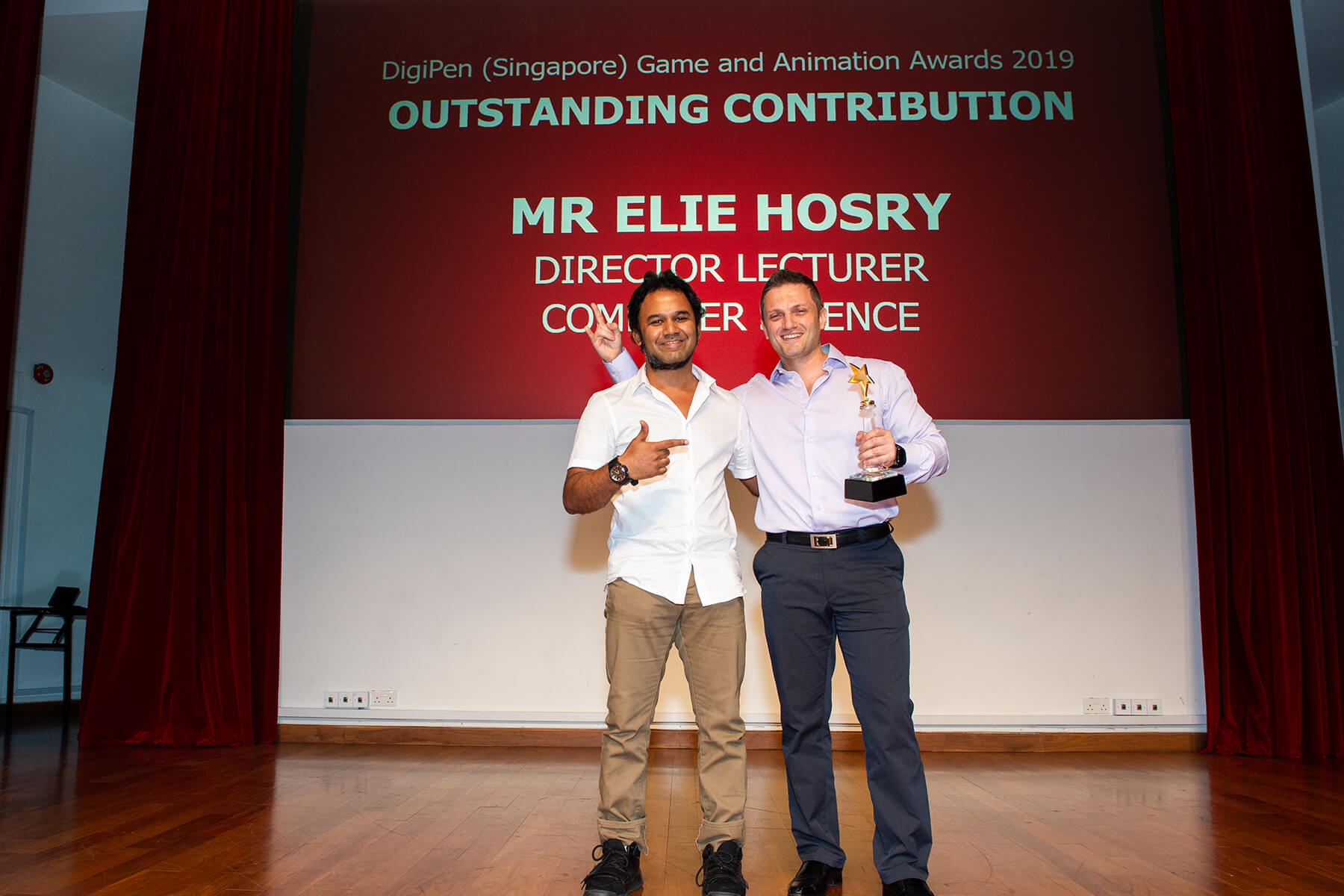 For the first time, an Outstanding Contribution award for staff was also given out, with Elie Hosry, principal lecturer for the Department of Computer Science and Game Software Design and Production, named as the recipient. Elie has been part of the DigiPen (Singapore) faculty since 2013 and is both loved by students and well-regarded by his peers for his heart, dedication, and flair for teaching. Read on for a complete list of the winners.