It has been two years since local indie game studio The Gentlebros launched Cat Quest with a-meow-zing success. The Gentlebros started out as a three-man team co-founded by BFA in Digital Art and Animation graduates Desmond Wong and Nursyazana Zainal, together with their friend Leon Ho. Using earnings from their first game, Slashy Hero, The Gentlebros took one-and-a-half years to develop Cat Quest, releasing it in 2017. The 2D open-world action-RPG game — filled with witty cat puns and adorable characters set in the fictional world of Felingard — proved to be a hit among critics and players alike. Within one year of releasing Cat Quest, The Gentlebros became a GST-registered company.

Fast forward to 2019 and The Gentlebros is now a four-man team after recruiting BS in Computer Science in Real-Time Interactive Simulation graduate Cheng Ding Xiang early last year. Together, the team worked hard on creating the highly anticipated Cat Quest II. This sequel comes as no surprise given the success of the first game. But beyond just being buoyed by good sales and demand, The Gentlebros always had a long-term plan in mind when it came to creating games. They had a dream of building not just one-off games but an entire franchise with strong intellectual property (IP). “When we first started making Cat Quest, we already designed it with a whole universe in mind,” Desmond says. “We planned out a general road map for the franchise and planned to make nine games since cats have nine lives.” Each of these sequels would expand the world of Cat Quest by introducing new characters and allies.

The Cat Quest II plot revolves around two protagonists, a cat from Felingard and a dog from the Lupus Empire. Both have to set aside their differences and work together to restore their kingdoms and reclaim their rightful thrones. Fans can look forward to playing as both a cat and a dog, with the added option of playing either solo or with a friend.

Cat Quest II took two years to complete, and its development was not without challenges. When creating a sequel, one of the biggest problems to tackle lies in figuring out what players enjoyed about the first game and retaining that, while also ensuring that the new game remains fresh and fun. To achieve that balance, The Gentlebros spent hours upon hours looking through reviews, forum threads, and Facebook comments about Cat Quest. These social listening sessions helped them to identify what players liked and didn’t like so that they could improve on the sequels accordingly. Thankfully for The Gentlebros, it wasn’t difficult to gather feedback from their fans. In fact, the team has been getting Cat Quest fan mail on a daily basis, even now!

One of the most common requests that kept coming up was for a co-op mode. This made development extra difficult as the team had to revamp a lot of the game’s original framework. “Cat Quest wasn’t developed with a multiplayer mode in mind. In order to implement this for Cat Quest II, we had to rebuild almost every system in the game from scratch,” Desmond says. Because the game is double the size of the first installation, offering players 15-20 hours of gameplay, making sure to design the entire experience for two players was a huge undertaking.

Additionally, new weapon types, spells, and passive abilities were also added to create more depth to the original combat mechanic. “Development-wise, we implemented a lot of changes from Cat Quest to Cat Quest II,” Nursyazana says. “As a team, we were more familiar with each other this time round and pushed each other to achieve a higher standard in whatever we did.” 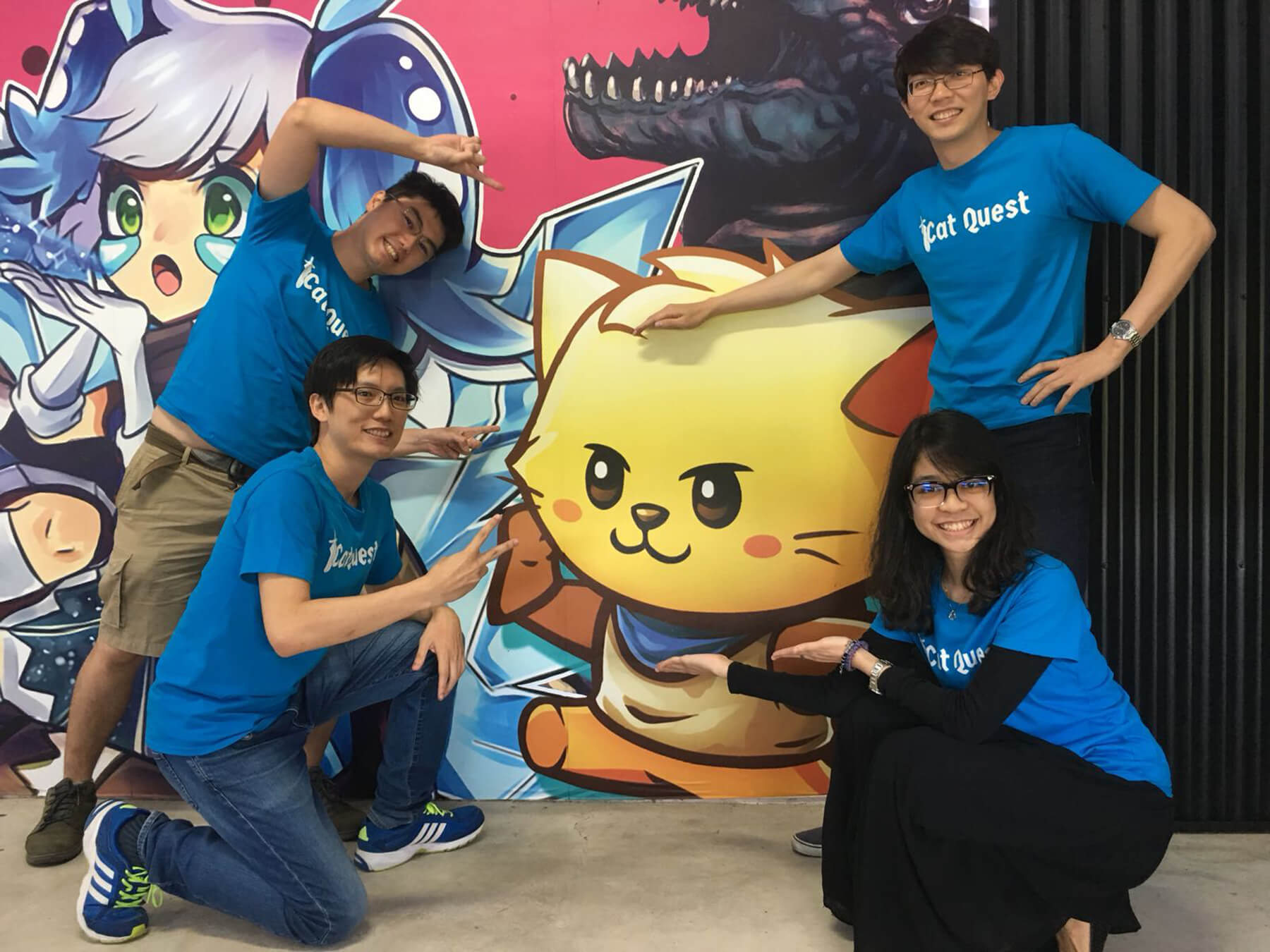 Since The Gentlebros is such a lean outfit, the members mostly worked remotely when developing Cat Quest II. They would communicate via WhatsApp and phone calls to get things done. While working from home has its benefits, it can become hard to draw the line between work and rest. Beyond the glamour of having a released game, the members acknowledge that burnout is very real and something that they all have to deal with. “People forget that a game company is still a business, and we’re responsible for more than just making games,” Nursyazana says. The team has had to learn to file taxes and navigate contracts among other administrative responsibilities. Nevertheless, The Gentlebros is already in its fifth year and still going strong, a fact that both Desmond and Nursyazana are proud of.

Now that Cat Quest II is out, The Gentlebros team members hope that both the fan base and the franchise will continue to grow. “I look forward to the day there is a Cat Quest movie or animated TV series. That’s when we’ll know we’ve made it,” Desmond says.